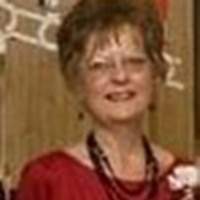 LYNDA SUE McDOWELL, 58, of Sumner, passed from this life unexpectedly on Saturday December 5, 2015 at her residence. Starrett Funeral Home will conduct graveside rites at 11:00 a.m. Wednesday December 9, 2015 at the Mt. Vernon Cemetery with her nephew Rev. Jordan Cunningham officiating.

Lynda was born June 24, 1957 in Paris, a daughter of Wayne and Patricia Moody Beard. She was a graduate of North Lamar High School and attended Texas Women's University. She worked in advertising for KPLT Radio in Paris, then was employed by Southwestern Foundry, where she worked as office manager for over ten years. She was a member of the Maxey Baptist Church. Lynda enjoyed her work and her daily responsibilities, but her greatest joys were times spent with her grandchildren, who referred to her as "Granny."

She was preceded in death by her mother Patricia Beard on August 9, 1994.

To order memorial trees or send flowers to the family in memory of Lynda Sue McDowell, please visit our flower store.