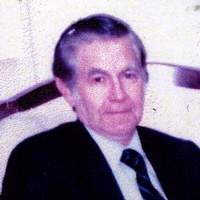 MARTIN BROWNING, 84, of Katy, Texas, passed from this life on Tuesday December 22, 2009 in Katy. Funeral services will be conducted at 10:30 a.m. Monday December 28, 2009 in the chapel of Starrett Funeral Home, with Rev. Mike Fortenberry officiating. Interment will follow in Evergreen Cemetery with military honors.

Mr. Browning was born August 17, 1925 in Arkadelphia, Arkansas, a son of Martin and Ethel Giles Browning. He and his sister later lived in Cass, Texas, where he graduated from high school. He then entered the U.S. Army, serving in WWII in the European Theater in England and France as an aircraft artillery gunner. He later moved to Paris, where he attended Paris Junior College and worked building roads, his foremost project being U.S. 82-West from Paris to Honey Grove. After leaving road construction he purchased a Skelly service station at the corner of 19th and Bonham streets, operating it until 1956, when he was among the first employees of UARCO, where he worked as a press operator. Later he was named assistant foreman of the press department, then as general foreman of the carbon plant. In 1974 he was transferred to Toccoa, Georgia, where he was a plant general superintendent. In 1980 he left UARCO to join Moore Paper Forms and Printing Co. in Houston as plant manager. He then opened his own printing business, Katy Business Forms, which he operated until 2000.

He married the former Billie Jo Dicken, daughter of Rev. L.E. and Ruth Marie Dicken on September 18, 1948 in Paris. She preceded him in death on July 11, 2008 after sixty years of marriage.

In addition to his wife, he was preceded in death by his parents and by a son, Ronnie Joe Browning.

To order memorial trees or send flowers to the family in memory of Martin Browning, please visit our flower store.