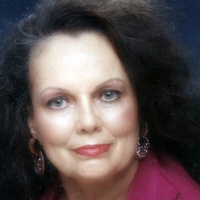 MARY KAY JONES, 65, of Garland, passed away peacefully from this world, surrounded by family at The Gardens of Richardson on Sunday May 30, 2010 after a brief illness. Funeral services will be held at 11:00 a.m. Wednesday June 2, 2010 in the chapel of Starrett Funeral Home with Rev. Wayne Blackshear officiating. Interment will following in the Restland Cemetery of Roxton.

Mary Kay was born February 21, 1945 in Paris, a daughter of Lawrence and Geraldine Kennedy Jones. She attended schools in Garland and was a graduate of Garland High School. She was a mbmer of First Baptist Church of Garland. Kay went to work at Texas Instruments in Richardson and was there for 17 Â½ years and then went to work at Kraft Foods in Garland in 1982. She retired in 2002 after twenty years of service. Kay has made many close friends and maintained lifetime friendships through the years at both TI and Kraft Foods.

After Kay retired she spent her days spoiling "her man Fred" as she called him, who was the light of her life and favorite canine companion. If you called her and she was not home she would be at the park walking with Fred, out shopping at Sam Moon's on Harry Hines in Dallas, eating out, or at WalMart getting chicken for Fred. Even though Kay grew up in Garland, she always considered Roxton her hometown.

Kay worked hard her entire life. After her brother Eddie and her mother's health began to deteriorate she still maintained a full-time job at Kraft, working second shift so that she could take care of them and get them to all of their doctor's appointments. She never asked for any help from anyone in taking care of her mother or brother. She was a loving and compassionate daughter and sister, special niece, cousin, and a good friend to many. She will be missed very much.

She is survived by an aunt, Helen Whipple, of Howland; cousins Nancy, Harvey and Ryan McCoin, Ruth Ann and Garth Duke and their daughters Jennifer, Kyle, Brynley and baby-to-be Brek Beller, Jana Robbie and McKenna Solimondo, Raymond and Joan Jones, Billy Frank and Ginny West and Don and Susan West, Cheree Fox, Linda Kenney Scallorn, Hopi Kennedy Hayes, Anna Kennedy and many more cousins and friends and neighbors as well as her special dog Fred. Thanks to Kelli Bell for making friends with Fred and tending to him during Kay's illness.

To order memorial trees or send flowers to the family in memory of Mary Kay Jones, please visit our flower store.