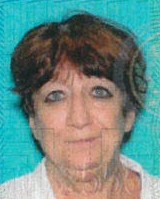 She graduated from Bryan Adams High School in Dallas and was a homemaker. Patti loved to garden and remarked that “I’m old so I’m going to grow tomatoes and grandbabies”, and she did!

A memorial service will be held at a later date.

To order memorial trees or send flowers to the family in memory of Patti Lorraine Grider, please visit our flower store.