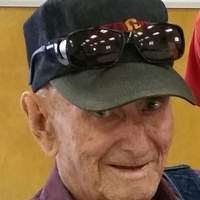 Neal was born July 15, 1934 in Lamar County, Texas to Richard Thomas and Ethel (Shepherd) Goodson. He was in the auto parts business and later retired from B&W after 27 years of service. He was an active member of the Collins Lodge #356 of Tigertown.

To order memorial trees or send flowers to the family in memory of Richard Goodson, please visit our flower store.