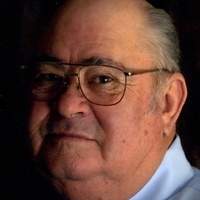 Robert was born February 28, 1940 in the Minter community of Lamar County, a son of Gordon Ray and Eunice Lorene Vickers Gibson. He was a graduate of East Lamar Schools, then entered the U.S. Army, through which he honorably served his country. He later retired after a long career as a truck driver. He was a member of the Cowboy Church.

He married Pam Bryant Gossett on December 20, 1986 in Paris. She preceded him in death on October 29, 2003. In addition to his wife, he was preceded in death by his father.

To order memorial trees or send flowers to the family in memory of Robert Ray Gibson, please visit our flower store.