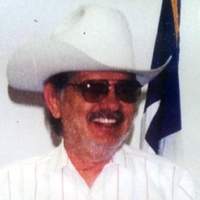 RONALD F. GALANOS, 71, a native of Paris, died in Reading, Pennsylvania on Friday September 18, 2015. A memorial service will be conducted at 3:00 p.m. Saturday November 14, 2015 in the chapel of Starrett Funeral Home where he will be remembered by family and friends. Special tribute will be paid to Ron by the Honor Guard of the City of Paris Police Department and Chief Bob Hundley.

Ron was born March 18, 1944 in Paris, a son of Frederick and Rosebud Lee Rodgers Galanos. A graduate of Paris High School, he attended East Texas State University, where earned a Bachelor of Science degree in Criminal Justice. From 1961 to 1968 he served his country honorably in the United State Navy, then had a career as a Police Officer with the Paris Police Department. For some twenty-five years he served and protected his community, where he was respected and admired by both the local citizenry and those officers with whom he stood side by side. Ron stood for the law, yet never lost the unique ability to gain the respect of those who broke it. He was warm, friendly, and had an enduring smile that could change moments of distress into those of peace, give victims a sense of calm, and make those on the wrong side of the law to take note and wonder what might happen next. Ron was professional in his duties, yet warm and reachable. His wisdom and discernment gave the assurance that all would be well, and he demonstrated an inner peace that reflected to all those in his presence. Ron learned well the game of life, and, as described in a simple song, he knew "when to hold them, when to fold them, when to walk away, and when to run." He was a Baptist by faith, a former member of the Elks, and a longtime member of the American Legion.

To order memorial trees or send flowers to the family in memory of Ronald F Galanos, please visit our flower store.