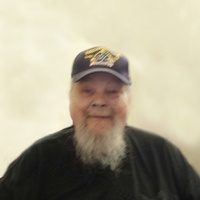 ROY EDWARD WALLISER, 75, of Blossom, Texas, passed from this life Friday July 24, 2015 at Paris Regional Medical Center in Paris, Texas. He was entrusted to the care of Starrett Funeral Home, who provided cremation services. His family will announce and host an Irish Wake for family and friends in the near future.

Roy was born December 12, 1939 in Blythe, California, a son of Roy Alvin and Muzetta Edwards Walliser. Following his honorable service in the U.S. Army, he became a stuntman for motion pictures, and had a fascinating career in Hollywood, where he had parts in over two hundred movies. His favorite films were Westerns, and he was featured in "Outlaw Josey Wales," "Heaven's Gate," and "Rio Lobo", "Comes a Horseman," and enjoyed work and friendships with John Wayne, James Caan, Jimmie Stewart, Lorne Greene, Dan Blocker, James Arness, and many others. Roy was a member of the Screen Actors Guild, and the Professional Rodeo Cowboys Association. He was of the Roman Catholic faith.

He was preceded in death by his grandmother, Nellie Howland, who raised him as her own child; and by his parents.

To order memorial trees or send flowers to the family in memory of Roy Edward Walliser, please visit our flower store.