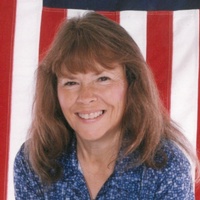 Sondra Jean Martin, age 60, of Pattonville, passed into eternal rest on Monday, March 26, 2018 in Paris, Texas. She was born to Albert Claudgene Martin and Valeria Ann Jennings Martin on August 5, 1957 in Paris.

A time of visitation with the family will be 6-8 pm on Wednesday, March 28, 2018 at Roden-Pryor Funeral Directors. Graveside services will be 2:00 pm on Thursday, March 29, 2018 at Shady Grove Cemetery in Pattonville under the direction of Roden-Pryor Funeral Directors. Rev. David Francis will officiate. Serving as honorary pallbearers will be Ricky Cooper, Ryan Cooper, Jimmy Don Hodges, Joey Hodges, Rick Francis, Carl Kuhle, and Cary Scott.

Known as Miss Son-Son, Sondra worked in childcare for most of her working years. First at Lolly Pop Kids Stop for 13 years, then K's Kangaroo Pouch for several years and then nurtured and cared for kids in her home.

She was preceded in death by her parents. Left to cherish her memory are a brother, Kyle Martin and wife, Kellie; a nephew, Dustin Martin; and a host of other family members.

To order memorial trees or send flowers to the family in memory of Sondra Jean Martin, please visit our flower store.