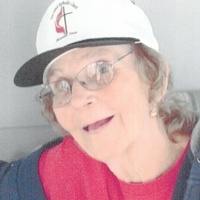 Sue Roberts, age 80, of Blossom, passed away Monday October 2, 2017 in Paris. Roden-Pryor Funeral Directors will conduct a graveside service at 11:00 AM on Thursday, October 5, 2017 at the Knights of Honor Cemetery in Blossom. Visitation with the family will take place on Wednesday from 6-8 PM at the funeral home.

Eloise Sue Roberts was born March 24, 1937 in Lamar County, Texas to Will and Ethel (Ray) Thomas. She attended schools in Honey Grove and Paris. She was an active and devoted member of First United Methodist Church in Blossom. She had been a Cub Scout leader and was the first woman in this area to receive the Bronze Bear, Silver Beaver, and Silver Fawn awards. Over the years she worked as an activity director in nursing homes and later worked with special needs people. Sue was an excellent seamstress, making her boys clothes and she had a green thumb enabling her to grow just about anything. She was a friend to all that she met. Sue was a 17 year cancer survivor.

To order memorial trees or send flowers to the family in memory of Sue Roberts, please visit our flower store.