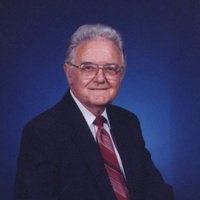 TERRELL BOYD, 89, of Paris, passed from this life suddenly on Friday July 22, 2011 at Paris Regional Medical Center. Funeral services will be conducted at 11:00 a.m. Wednesday July 27, 2011 in the chapel of Starrett Funeral Home, with Rev. Ken Cannon and Dr. Tommy Turner officiating. Interment will follow in Evergreen Cemetery.

He was born July 17, 1922 in Yantis, a son of Jacob Pinkny and Lulu Media Bevill Boyd. Drafted into the U.S. Army in the Spring of 1942, he served in the European Theater and was in the landing at Normandy on D-day, then he served under General George S. Patton throughout the remainder of his service. In October, 1945 he was discharged at Camp Fannin, Tyler, Texas. During his military career his achievements included the Purple Heart, 5 Bronze Stars (Normandy, Northern France, The Battle of the Bulge, The Rhineland, Central Europe) 2 Bronze Stars, Combat Infantry Badge, Good Conduct Badge, and assisted in the liberation of two concentration camps. He traveled with his family in 2009 to France and was awarded the French "Chevalier" of the Legion of Honor by the French Minister of Defense. He started the department of jewelry and horology at Paris Junior College as part of the V.A. plan for wounded veterans in the 1950's, then in the 1960's he was given awards for this work by Presidents Kennedy and Nixon. Terrell was a member of First Baptist Church, where he served as a deacon for over fifty years and was a member of the Bob Phillips Sunday School class. His greatest joys were his work and his family.

Survivors include his wife Dorothy, of the home; three sons, Gary Boyd and Craig Boyd and wife Maudie, all of Tyler and Alan Boyd and wife Sherrie, of Paris; six grandchildren, Kristin Williams and husband Justin, Jason Boyd, Shannon Boyd and wife Kristin, Courtney Boyd, Allison Hanley and husband Matt, and Jordan Boyd; his twin brother, Merrell Boyd and wife Virginia, of Paris; a sister, Frances Simmons, of Granbury; and by numerous nieces and nephews.

Serving as pallbearers are grandsons and grandsons-in-law and Pete Taylor. Named as honorary pallbearers are Jerry Stephens, Phil Marsh, members of the Bob Phillips Sunday School Class and the Deacons of First Baptist Church.

In lieu of flowers the family requests contributions in Terrell's memory to the Red River Valley Veterans Memorial, c/o of Lamar County Chamber of Commerce, 1125 Bonham Street, Paris, TX 75460, or online at www.rrvvm.com .

To order memorial trees or send flowers to the family in memory of Terrell Boyd, please visit our flower store.