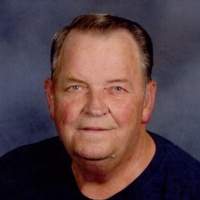 TILLMAN J. ARCHER, 79, of the Faught community, passed from this life Sunday March 10, 2013 at his residence after a valiant battle with cancer for several years. Funeral services will be conducted at 2:00 p.m. Thursday March 14, 2013 in the chapel of Starrett Funeral Home, with Rev. Bill Dickey officiating. Interment will follow in Meadowbrook Gardens, with full military honors by the U.S. Air Force.

T.J. was born December 28, 1933 in Cunningham, a son of John Wayne and Leola Sutherlen Archer. He was a graduate of Cunningham schools, then attended East Texas State University, where he obtained his B.S. degree in Electrical Engineering and a M.S. in Education. Tillman served his country faithfully in the U.S. Air Force for thireen years. He retired as an engineer for E-Systems in Greenville, TX, following some twenty-five years of service. Tillman was a member of D.A.V., the Breakfast Optimist Club, the V.F.W., and a member of Maxey Baptist Church.

He married Wanda Jones on February 22, 1955 in Cunningham.

Tillman was preceded in death by his parents; a daughter, Linda Archer, and a sister-in-law, Patsy Archer.

The family wishes to express their sincere love and appreciation to the staff of Jordan Home Health Services and Cypress Basin Hospice for their tender care of both Tillman and our family.

To order memorial trees or send flowers to the family in memory of Tillman J Archer, please visit our flower store.